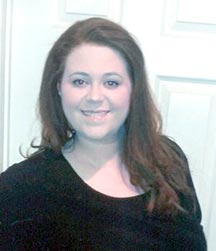 Mrs. Christy Wheeler Vivas of Las Vegas, Nevada died unexpectedly Friday morning January 26, 2018 at her residence at the age of 39.

Funeral services from the Anderson and Son funeral home in Red Boiling Springs were conducted on Tuesday afternoon February 6th at 2 p.m. with Eld. Daniel Cook officiating. Burial followed in the Sunrise Cemetery in the Sunrise Community of Macon County.

Born Christina Gayle Wheeler in Carthage on October 26, 1978, she grew up in Red Boiling Springs and was the daughter of Vanessa Sutton Wheeler Farmer of the Pea Ridge Community at Chestnut Mound and the late Billy Faye Wheeler who died at the age of 69 on January 16, 2014.

She was saved and was a member of the Bethany Missionary Baptist Church.

Her earthly journey led her to faraway places from the community where she grew up.

She learned a second language which she could speak fluently, lived in four other states besides her home state of Tennessee and resided in South America for four years including Bogota, Columbia.

After returning to the United States, her journeys led her west to Nevada where she had been employed in the telecommunications industry since 2016.

This notice provided as a courtesy to the family.