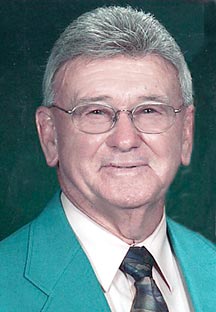 A retired Smith County timberman, Mr. Dewey Allison of the Rome Community, died at 7:08 p.m. Tuesday evening February 20, 2018 at the Quality Care Center in Lebanon where he was admitted July 9, 2014 suffering from dementia. Mr. Allison was 80 years of age.

He was also preceded in death by his only child, Gordon Wesley Allison, who died October 5, 1985 at the age of 28 from injuries received in a single car automobile accident.

In Hartsville on December 7, 1985 he was united in marriage to Rome Community native, the former Shirley Jean Certain. The marriage ceremony was officiated by the late Eld. Walter Deweese.

* Mr. Allison was the lead singer in The Spiritual Aires singing group which was formed in the 1960’s and also included Donald Slagle, Claude Butler, Ronnie Butler and James Butler. Mr. Allison also wrote a song which was the title of their first album, “Walk In The Light”.

Mr. Allison was saved at the age of 23 on August 16, 1961 on the family farm and was later baptized into the full fellowship of the Plunketts Creek Missionary Church in the Rock City Community and where he remained a member until death.

Surviving in addition to his wife of over thirty two years is a brother, Eld. Barney Allison of the Defeated Creek Community and extended family and many friends.