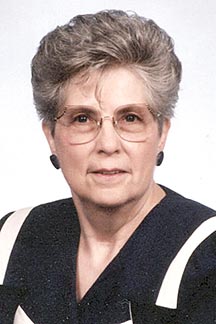 Born Joyce Stone in Smith County on November 16, 1932, she was the daughter of the late Isham Cowan Stone and Ada Vetress Nixon Stone.

She was preceded in death by two siblings, Carol Stone Jennings and Bobby Stone.

Her husband of sixty six years, Wilson County native E. H. Northern, preceded her in death on September 6, 2016 at the age of 89. They were united in marriage on November 6, 1950.

Mrs. Northern was a member of the Immanuel Baptist Church.

She was a retiree of the Southern Baptist Convention where she was employed as an executive secretary.

The family requests memorials to either the Gideons or the Tennessee Baptist’s Children’s Home.

This notice provided as a courtesy to the Stone family.