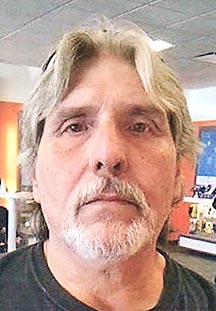 Longtime Chestnut Mound community resident Mr. Tommy Thompson, of Michie, died at the age of 60 at the Magnolia Regional Health Center in Corinth, Mississippi at 6:48 a.m. Tuesday morning, February 27, 2018, where he was admitted February 22nd suffering from pneumonia.

Graveside services were conducted Thursday afternoon, March 1st, at 1 p.m. with Raymond Castillo officiating. He was buried beside his mother in the Thompson family lot at the Chestnut Mound United Methodist Church Cemetery.

He was preceded in death by a granddaughter Sharli Joy Sandlin Thompson, who died at birth on April 19, 2017.

Mr. Thompson was baptized into Christ in Burkesville Kentucky on September 25, 2005.

His family were members of the Chestnut Mound United Methodist Church.

He was a 1975 graduate of Smith County High School.