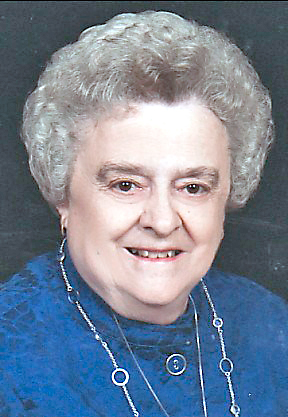 Bradford Hill Community homemaker, Mrs. Sue Walker, succumbed to a lengthy battle with leukemia at 12:37 p.m. Monday afternoon April 30, 2018 at the Tennova Healthcare in Lebanon where she was admitted April 28th. Mrs. Walker was 82.

Edward L. Anderson officiated at the 11 a.m. Thursday morning May 3rd funeral services from the Carthage Chapel of Sanderson Funeral Home. Graveside services and interment were conducted by Kenny Westmoreland at 1 p.m. Thursday afternoon at the Butlers Landing Cemetery in Clay County near Celina.

The only child of the late Fred Burks and Mocell Weaver, she was born Freddie Sue Weaver in Clay County on February 18, 1936.

In Celina on November 27, 1955 she was united in marriage to Moss Community native Durrell Walker, who was one of fourteen children and who preceded her in death at the age of 84 on February 2nd of this year.

Mrs. Walker was a 1956 graduate of Celina High School.

She enjoyed factory work and being with people and had worked at Carthage Shirt Corporation, The Welch Co. in Gordonsville and Texas Boot Co. in Carthage.

She will be fondly remembered by many as the dining room hostess at Kentucky Fried Chicken in Gordonsville before they relocated.

Like her husband she enjoyed gardening and flowers and did much canning and freezing of the bounty of Mr. Walker’s gardens. Mrs. Walker enjoyed shopping, attending sporting events, and livestock shows.

The Walker family requests memorials to either the Kirk Cemetery mowing fund or the Butlers Landing Cemetery Mowing Fund.