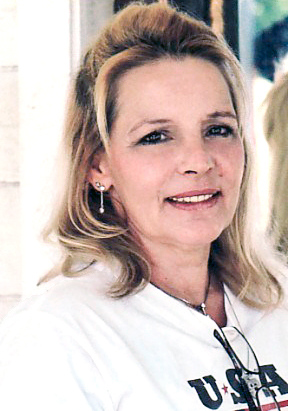 Ms. Kaye Stallings age 55 of the Buffalo Community died at 11:27 a.m. Tuesday morning May 1, 2018, one day before her 56th birthday, at the Residence of Alive Hospice in Nashville. She had battled cancer for several years.

Bro. Bobby Ray officiated at the Friday afternoon May 5th funeral services from the Carthage Chapel of Sanderson Funeral Home. Following the 1 p.m. services burial was near her daughter in the Gordonsville Cemetery.

Ms. Stallings was born Sara Kaye Madewell on May 2, 1962 in Nashville and spent most of her young life in the Granville area of Jackson County. She was the daughter of Herman Elton Madewell of the Martins Creek Community and the late Emma Jean Simpson Madewell who died at the age of 65 on December 6, 2012.

She was a 1980 graduate of Baxter High School, a 1998 graduate of the Tennessee Cosmetology College and was a license real estate agent.

For twenty years she owned and operated Kaye’s Klip and Kurl in South Carthage.

Her daughter, Crystal Lynn Watts died as the result of a single automobile accident in the Watervale Community on May 31, 1997 at the age of 17. Crystal had just graduated from Smith County High School where she was voted friendliest in her class of 1997.

Ms. Stallings was a member of the Mt. Pleasant Church of God.