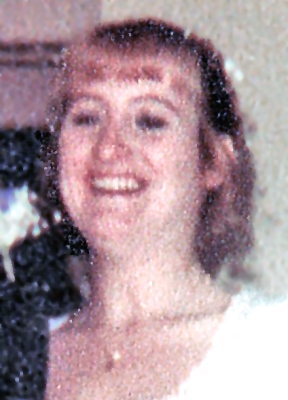 Mrs. Dolores Smith, age 54, of the Defeated Creek Community died at 7 a.m. Sunday morning May 6, 2018 at her Lakeside Drive home following a short three month battle with lung cancer. She was pronounced deceased at 9:08 p.m. by Caris Hospice of Cookeville.

At Mrs. Smith request she will be cremated. She was transported to the Carthage Chapel of Sanderson Funeral Home and will be cremated at Cumberland Family Services in Algood.

The family has planned no services.

One of three daughters and one son born to the late Henry Albert Schoen and Dorothy Whitehead Schoen, she was born Dolores Marie Smith in Chicago in Cook County, Illnois on September 8, 1963.

On May 22, 1983 she was united in marriage to Chicago native Floyd Wayne Smith. They were married by a Justice of the Peace in Chicago.

Mr. Floyd was a ham radio operator as was Mrs. Dolores’s cousin and Mr. Floyd and Mrs. Dolores met by communicating over the ham radio.

Before relocating to Lakeside Drive in 2003 they resided in Ocala, Florida where Mrs. Smith was a pharmacy technician for Wal-Mart for twenty one years. After moving to Tennessee she was employed in the pharmacy department of Wal-Mart in Lebanon for nine years before being transferred to Carthage where she was employed for four years before becoming ill making her total career with Wal-Mart span almost thirty five years.

She was a member of the class of 1981 of the Argo High School in Chicago.

Mrs. Smith possessed a deep abiding faith in God and was a non-denominational Christian.