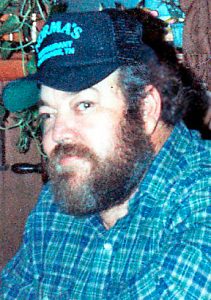 A retired Jackson County farmer has died at the age of 70.

Mrs. Larry “Curly” Franklin of the Brooks Bend Community was pronounced deceased at 9:52 p.m. Tuesday evening May 8, 2018 at the Lebanon Health and Rehabilitation Center on Castle Heights Court where he was admitted from Summit Medical Center in Hermitage on April 9th. He was under the care of Caris Hospice of Nashville.

Graveside services and interment were held on Thursday afternoon May 10th in the Garden of the Cross section beside his wife and son at the Defeated Creek Memorial Gardens. Long-time family friend Bro. Jeff Burton officiated at the 1 p.m. graveside service.

On April 28, 1973 he was united in marriage to Brooks Bend Community native, the former Robbie June Givens by the late Eld. Phocian Gibbs.

They were preceded in death on August 4, 2013 by their only son, Shannon Brian “Shagg” Franklin who died in Zachary, Louisiana of pneumonia at the age of 36. Mrs. Robbie was so devastated by the news of the death of her son she suffered a massive heart attack and died nine days later on August 13, 2013 at the age of 71.