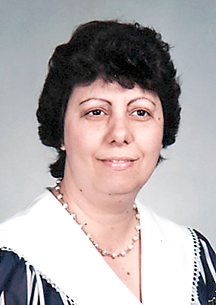 Mrs. Ruby Goodman, a housewife of Carthage, suffered a fatal heart attack at her Bowman Street home early Monday morning May 14, 2018 and was pronounced dead at 2:30 a.m. at the Riverview Regional Medical Center in Carthage. Mrs. Goodman was 72.

Her youngest sister, Sherry Marvine Lynch Grisham preceded her in death on September 2, 2017 at the age of 59.

Mrs. Goodman was united in marriage at the Emmanuel Church of Christ in Carthage to Putnam County native Mac Arthur Goodman on June 29, 1968.

She was a longtime employee of the former Carthage Shirt Corporation and before retiring was employed by the Upper Cumberland Human Resources Agency.

Mrs. Goodman was a member of the Church of Redemption in South Carthage on Gordonsville Highway.

Surviving in addition to her husband of almost fifty years are two sons, Michael Goodman and Anthony Goodman both of Carthage; two sisters, Louise Lynch Butler, Frances Lynch Butler and husband Ronnie all of Carthage.