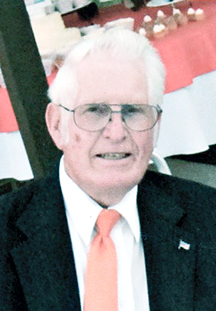 A widely known and highly respected Missionary Baptist Church member and song leader, Mr. Alex Driver age 79 of the Pea Ridge Community, died just seven days before his 80th birthday at 7:41 a.m. Wednesday morning May 23, 2018 at the Riverview Regional Medical Center in Carthage. He was admitted Sunday afternoon May 20th suffering from pulmonary fibrosis which he had battled for over six months.

Funeral services were conducted by his longtime friend and former pastor Eld. Charles Allen Gentry and by his former pastor Bro. Steven Ray on Friday afternoon May 25th at 1 p.m. from the Carthage Chapel of Sanderson Funeral Home. Burial followed in the New Macedonia Cemetery on Pea Ridge where for many years Mr. Driver was the Cemetery caretaker. His son Eld. Jerry Driver officiated at the graveside interment.

Born Alex Edward Driver in Alexandria in Dekalb County on May 30, 1938, he was the seventh of eight children born to the late Charlie Campbell Driver and Edna Ethel Fitts Driver.

He was united in marriage to the former Rozell Shoemake of the Pea Ridge Community at the home of his sister and brother-in-law, Virginia Driver Lynch and Marvin Lynch on Friday night June 20, 1958 by the late Eld. Luther McBride.

They were preceded in death by a son, Ronald Edward (Ronnie) Driver who died at the age of 52 on February 4, 2015.

Also preceding them in death was there son-in-law, Phillip (Dobie) Dickens who died September 9, 2015 at the age of 55 and a great-granddaughter Maggie May Dickens who died at birth on March 10, 2007.

In 1964 he was employed with the contractor that did construction along the then just constructed section of I-40 from Buffalo Valley to Gordonsville.

Prior to this he was employed at Douglas Aircraft Corporation in the Carthage Industrial Park.

Then for twenty one years he was employed as a concrete mason with Mid-Ten Concrete.

After leaving Mid-Ten he continued to do concrete work with his son Jerry and also was employed in housekeeping at Carthage General Hospital and after the closing was employed at the former Smith County Memorial Hospital, now Riverview Regional Medical Center, before finally retiring in September of 2010 at the age of 72.

Of utmost importance to Mr. Driver was his salvation and by his testimony he was saved on a Monday night in November 1949 and was baptized into the full fellowship of the Alexandria Baptist Church by Eld. M. M. Youngblood.

In October of 1958 he moved his membership to the New Macedonia Missionary Baptist Church on Pea Ridge where he became the song leader in 1971, taught Sunday School and served as Sunday School Superintendent.

In 1978 he was ordained as a Deacon where he continued to serve and maintained his membership until death.

There perhaps has never been a gentleman who attended more revivals, ordinations and visited more sick persons and visited the funeral homes more than Bro. Alex Driver, unless it was his beloved friend Eld. Charles Allen Gentry, with whom he frequently traveled.

An event he looked forward to each year was he and some of his close friends attended the Mid-South Agricultural exposition in Louisville, Kentucky in February and would stop on the way home at Harper’s Fish House in Scottsville, Kentucky and load up on fish.