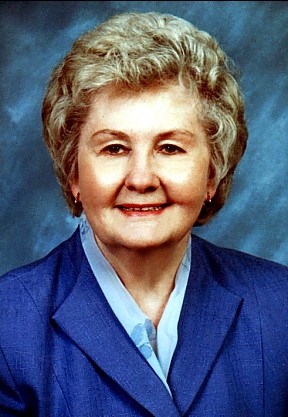 Longtime Dixon Springs Community resident Mrs. Bobbye Jane Phillips of the Tanglewood Community died at 1:15 a.m. Saturday morning May 26, 2018 at the Vanderbilt University Medical Center in Nashville where she was admitted May 21st after suffering a fall at her Riverbend Lane home on Sunday. She was diagnosed with leukemia after her admission. Mrs. Phillips was 89 and died 15 days shy of her 90th birthday.

Funeral services were conducted by her pastor, Bro. Ron Ralph, on Tuesday May 29th at 11 a.m. at Cornerstone Baptist Church. Burial followed beside her husband in the Gazebo Garden at Dixon Springs Cemetery.

Her only sibling Joanne Jenkins Cotten, wife of longtime Lebanon attorney Ernest Cotten, preceded her in death on October 4, 2014 at the age of 84.

She was united in marriage to Dixon Springs native Ray Key Phillips in April of 1960 and he preceded her in death on December 18, 1998 at the age of 75.

Mrs. Phillips was a charter member of the Cornerstone Baptist Church in the Tanglewood Community which was established in October of 1991.

Even after her three sons graduated, she continued supporting the Owls. She was a season ticket holder, and seldom missed a home football, basketball, and baseball or softball game.

Many Smith County young ladies played for her when she coached the Redlegs softball team in the 1970s.

In 1948 she began employment with the United States Department of Agriculture and was assigned to the Smith County Agriculture Soil Conservation Service, Carthage office, and was hired by then commissioner Sidney Stanton “Stant” Webster of the Enigma Community. Her career spanned thirty seven years, and she retired in 1985 as office manager.