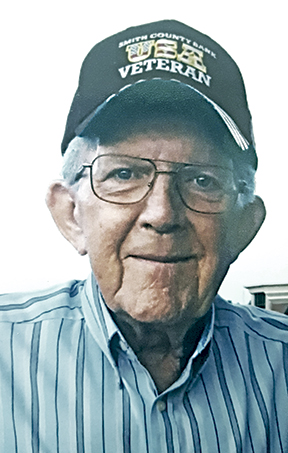 Four-Way Inn Community resident Mr. Charles Hopper, father of Smith County Sheriff Steve Hopper, died at 6:58 p.m. Wednesday evening May 30, 2018 at the Riverview Regional Medical Center in Carthage where he was admitted May 28th suffering from sepsis. Mr. Hopper was 81.

He was one of twelve children, five daughters and seven sons, of the late Lindsey M. and Josie Frances Yancy Hopper, he was born Charles Monroe Hopper in Walnut in Tippah County, Mississippi on July 12, 1936.

Mr. Hopper was a saved Christian and had attended the First Baptist Church.

He was a 1956 graduate of Chalybeate High School in the North Tippah School District in Walnut, MS.

He proudly served our country with the United States Army.

Mr. Hopper was active in the Masonic Lodge while in Mississippi and later served as President of the Carthage Lions Club.

He began his career with the Genesco Corporation in Ripley, MS in 1961 and relocated his family from Iuka, MS to Carthage in 1972 to manage the Carthage plant which was then Genesco until 1976.

In 1976, Mr. Hopper began work with the Texas Boot Company and continued as the plant manager until 1990 when he suffered a brain aneurysm and was unable to work anymore.

The Hopper family requests memorials be made to the Smith County Central District Fire Department.