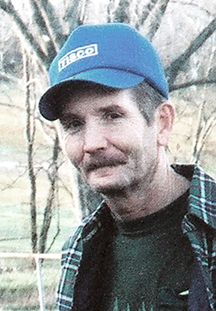 Mr. James (Egg) Eastes ae 68 of the Grant Community was found deceased at his Grant Highway home on Sunday morning June 3, 2018 when fellow church members went by his home to pick him up for church. He was pronounced dead at 10:39 a.m. at the Riverview Regional Medical Center in Carthage.

Having never married, Mr. Eastes was a 1967 graduate of Gordonsville High School where he was an outstanding football player having played all four years. He majored in agriculture was voted wittiest in his senior class, played basketball his first three years, was the Halloween king his senior years and also the class secretary. His junior and senior years he was also on the annual staff and a member of the “G” club.

He also was a Golden Gloves Boxing Champion one year.

As a member of the annual staff he wrote of himself: “I have great faith in fools; self-confidence my friends call it.”

He was preceded in death by a nephew, Jeremy Ian Eastes, a student at Middle Tennessee State University who was killed in an automobile accident on 231 South on August 12, 2001 at the age of 24.

He stated by statement in 2002 that he had been saved by God’s grace and was baptized into the full fellowship of the Grant Missionary Baptist Church by then pastor Eld. Kenny Hensley. He remained a faithful member until his death.