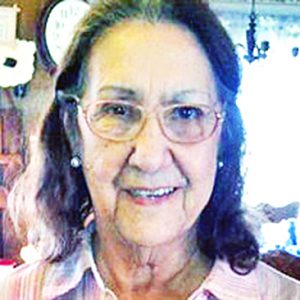 Mrs. Overstreet was born January 6, 1935 in La Pryor, TX, daughter of the late Alejandro and Florinda Gonzales. Irma married Orbin Carson Overstreet on December 27, 1979 and he preceded her in death on May 23, 2006. She was also preceded in death by Daughter; Sandra Alvarez. She was a member of the Elmwood United Methodist Church.

Funeral Services for Mrs. Overstreet are scheduled to be conducted from the Gordonsville Chapel of Bass Funeral Homes on Tuesday, June 19, 2018 at 1PM with Bro. Lee Neal officiating. Interment will follow in the Mt. Zion Cemetery in Sullivan’s Bend.

Visitation with the family will be held at the Gordonsville Chapel of Bass Funeral Homes on Monday from 5PM to 8PM and on Tuesday after 11AM until service time at 1PM.