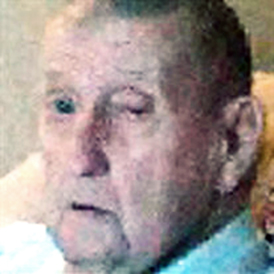 Mr. Curtis was born on May 16, 1930 son of the late Jim & Sarah Ann Neal Curtis. He married Lawana Faye Fowler Curtis in June of 1955 and she preceded him in death on December 5, 2014. Also preceding in death are Daughter; Teresa Mai Hunter, brothers; Monroe Curtis, Johnny Hall Curtis, and Jimmy “Cowboy” Curtis and Sisters; Mary Cason, Mattie Malone, Gladys Driver and Gracie Henley. Mr. Curtis was a member of the Lower Helton The Baptist Church and was retired from the T.V.A. as a Track Forman. Mr. Curtis served his country in the United States Army during the Korean Conflict.

Funeral Services for Mr. Ralph Curtis are scheduled to be conducted from the Chapel of Avant Funeral Home on Friday, June 22, 2018 at 2PM with Bro. Mike Clayborn and Bro. Dennis Wood officiating. Interment with Military Honors will follow at Hillview Memorial Cemetery.

Visitation with the Curtis family will be held at Avant Funeral Home on Wednesday from 4PM until 8PM, on Thursday from 2PM until 8PM, and on Friday after 10AM until service time at 2PM.