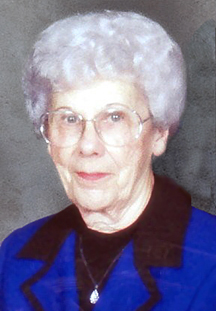 Mrs. Opal Green of the Defeated Creek Community was pronounced dead at 8:50 a.m. Wednesday morning June 20, 2018 at the Riverview Regional Medical Center in Carthage after going in to congestive heart failure at her Defeated Creek highway home. Mrs. Green was 94.

Her pastor, Eld. Jeff Patterson, officiated at the Friday afternoon June 22nd funeral services from the Carthage Chapel of Sanderson Funeral Home. Following the 3 p.m. services burial was in the Section Three of the Defeated Creek Memorial Gardens beside her husband and infant son.

In Rossville, Georgia on March 23, 1946 she was united in marriage to Difficult Community native Cecil Allen Green who preceded her in death on June 25, 2006 at the age of 85.

They were preceded in death by an infant son, Bobby Luster Green who died November 20, 1962.

Mrs. Green was a retired Deputy Smith County Circuit Court Clerk under her sister-in-law Mettie Jane Anderson Dillehay who served from 1966 thru 1978.

She had been a faithful and dedicated member of the Friendship Primitive Baptist Church in the Defeated Creek Community since the age of 16 in 1940.