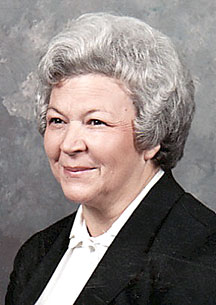 Mrs. Kasel Dillehay age 85, a homemaker of the Defeated Creek Community died peacefully at the Cottages of the Overton County Nursing and rehabilitation Center in Livingston at 5:57 p.m. Saturday evening June 23, 2018. She had resided in the Cottages since March 28th of 2016.

A granddaughter, Samantha Kay “Sam” Dillehay succumbed to an aggressive form of cancer on September 28, 2017 at the age of 34 and a great-granddaughter Tenley Ann Holland died at birth on February 22, 2011.

The Dillehay’s lived on their Kempville Highway farm where they both were involved in growing truck crops and Mrs. Dillehay was accomplished at canning and preserving the bounty from the farm and provided it to family, neighbors and customers who enjoyed the love which she canned in each savory jar.

She was saved at the age of 14 and was baptized into the full fellowship of the New Salem Missionary Baptist Church at Elmwood by the late Eld. Phocian Gibbs. She maintained her membership there until her death.