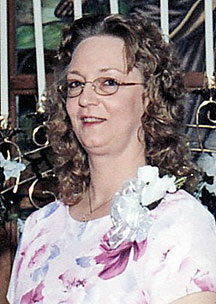 Mrs. Lena Winfree of Gibbs Circle near Elmwood died at 4:55 a.m. Friday morning June 22, 2018 at the St. Thomas West Hospital in Nashville where she was admitted June 19th being treated for cancer with which she was diagnosed February 1st of this year. Mrs. Winfree was 54.

Funeral services were conducted by Bro. Jimmy Gregory on Sunday afternoon June 24th at 3 p.m. from the Carthage Chapel of Sanderson Funeral Home.

At Mrs. Winfree’s request she was cremated and that will be conducted at Cumberland Family Services in Algood.

The fifth of seven children, she was born Lena Yvonne Gregory in Hendersonville and was the only daughter of Mrs. Ann Dora Denson Gregory of Lafayette and the late Franklin Mitchell “Frank” Gregory who died September 17, 2000 at the age of 67.

She was united in marriage on July 18, 1980 at the home of then Smith County Commissioner Jerry Gibbs to Rome Community native Thomas Edward “Tommy” Winfree.

Tommy was the son of Donald Winfree of the Rome Community and the late Alma Ballinger Winfree.

Mrs. Winfree was a 1981 graduate of Smith County High School.

The family requests memorials to the Cancer Society.