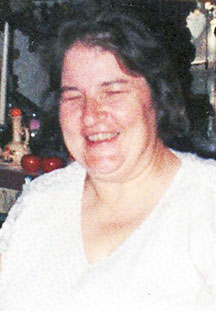 Mrs. Linda Davis of South Carthage died at the age of 65 at 3:23 a.m. Friday morning June 22, 2018 at her Hazel Drive home under the care of Kindred Hospice.

Bro. Tony Hopkins officiated at the 3 p.m. Monday afternoon June 25th funeral services from the Carthage Chapel of Sanderson Funeral Home. Burial followed in the Overstreet Cemetery in the Conditt Hollow in the Elmwood Community.

Mrs. Lee was preceded in death by her first husband and the father of her son, Ronnie Alton Walker Sr. who died December 5, 1994 at the age of 47.

On August 14, 1999 at the Smith County Clerk office she was united in marriage to Halls Hill Community native Kenneth Lee Davis.

Mrs. Davis was a member of the class of 1971 at Smith County High School.

She was formerly employed at Norvell Industries in Alexandria..

Mrs. Davis was a member of the former Bellwood non-denominational church in the Bellwood Community in Wilson County.