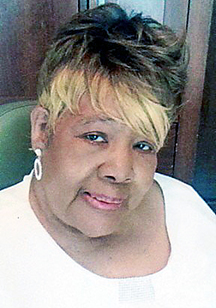 A matriarch of the Riddleton Community has died at the age of 75.

On Tuesday morning July 10, 2018 at 7:12 a.m. at the Tri-Star Summit Medical Center in Hermitage the death angel called Mrs. Joanna Bell Carter home to be with her Lord whom she so dutifully trusted in all her life. She was admitted to the facility at 6:32 a.m. just a short time before her death. She was being treated for MERSA.

A funeral service and celebration of her life was held on Monday July 16th from the Williams Chapel Church in the Riddleton Community. Two of her sons; Bro. Preston Carter delivered the eulogy and Bro. Clifton Carter delivered the closing remarks. The Rev. Dr. Ernest Jones, Rev. Tony Clemmons, Minister Cynthia Boyd and Pastor Jesse Peters officiated at the 1 p.m. services. Burial followed beside her husband in the Rockvale Cemetery in the Cages Bend Community at Riddleton.

One of two children, she was born Joanna Bell in Nashville on March 5, 1943 and was the daughter of the late Preston Keeble and Mary Callie Bell who died at the age of 91 on April 19, 2009.

On April 12, 1962 at the home of the late Rev. R. T. Winfree in the Elmwood Community she was united in marriage to the love of her life, Hosea Edward Carter Jr., a Stonewall Community native. He preceded her in death on March 24, 2015 at the age of 73 just nineteen days before their fifty third wedding anniversary.

Mrs. Carter was a 1961 graduate of the former Turner High School in Carthage where she was the class Valedictorian.

In 1974 she was appointed by then sitting Smith County Judge, the late Jack C. Kittrell, to be the Smith County Director of the Head Start program and was employed by the Cordell Hull Equal Opportunity Corporation.

She retired from the position she had maintained for over twenty five years in 1999.

Mrs. Carter was a longtime devoted member of the Lily Hill Missionary Baptist Church in the Riddleton Community where she was very active in the church serving on the Mother Board, sang in the choir, served as the youth advisor and was longtime church secretary.

For many years she was a member and former Grand Worthy Matron of the Order of the Eastern Star Chapter # 131.