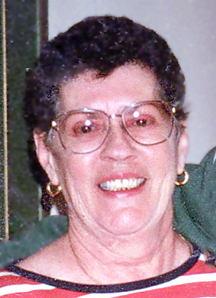 Longtime Sullivans Bend Community resident Mrs. Shirley Sparkman died at 1:40 p.m. Saturday afternoon July 28, 2018 at the Nan Bishop Road farm of her son in rural Barren County, Kentucky with her three children, two grandsons and other family members at her side. She was pronounced deceased at 3:10 p.m. by Hospice of Southern Kentucky. Mrs. Sparkman died 2 days after her 82nd birthday.

Funeral services were conducted from the Carthage Chapel of Sanderson Funeral Home on Tuesday afternoon July 31st at 3 p.m. by Bro. Jeff Burton. Burial followed beside her husband in the Jellicorse Family Cemetery in the Sullivans Bend Community.

Born Shirley Ann Leginon in Crowley in Acadia Parish, Louisiana on July 27, 1936, she was the third of four children of the late Louis Eugene Legnion and Ida Menard Legnion.

Mrs. Sparkman was preceded in death by a sister Brunella Legnion McGee and a brother, Wilson Legnion.

On April 12, 1980 in Milton, Louisiana she was united in marriage to Nashville native James David Sparkman. Mr. Sparkman died May 17, 2003 in Lebanon at the age of 61 as a result of injuries received in a single vehicle dump truck accident on Highway 109. They had been married twenty three years.

After the death of her husband she sold the family farm in Sullivans Bend and moved to an apartment on Horizon Circle in Carthage.

On Valentine’s Day of this year she was diagnosed with cancer and her son moved her to his Kentucky farm.

The father of her children was the late Lovelace Pierre Credeur.

She was a communicant of the St. Geneviève Catholic Church in Lafayette, Louisiana.

Mrs. Sparkman as a 1954 graduate of Crowley High School in Crowley Louisiana and was a retired Home Health Care worker.