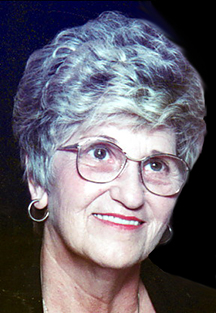 Bro. Floyd Massey, pastor of the Gordonsville United Methodist Church, officiated at the 1 p.m. Thursday afternoon August 9th funeral services from the Carthage Chapel of Sanderson Funeral Home. Burial followed in the Huddleston-Gwaltney family lot at the Baird Memorial Cemetery in the Hickman Community near her parents and brother.

Mrs. Vetter was one of five children and was born Mary Sue Huddleston in Gallatin on October 20, 1935 and was reared on Jefferson Avenue in Carthage.

She was preceded in death by a brother, Charles Huddleston who died November 3, 1989 at the age of 61 and infant sister who died at the age of 1 day old on December 30, 1922. Lovingly referred to by her close friends and classmates as “Tootie”, she was a 1953 graduate of Smith County High School where she studied home economics, was a member of the dramatic club and was reporter for the Spanish Club. Her junior year she was a football queen attendant.

For a while after graduating at S.C.H.S. she attended Tennessee Polytechnic Institute in Cookeville, now Tennessee Technological University.

She was united in marriage on August 29, 1958 to Humphreys County native James Robert “Bob” Vetter. The vows was at the home of then Carthage United Methodist Church pastor, the late Rev. Ewing S. Weakley.

She was retired from the Fletcher-Bright Real Estate Co. in Hixson and after retirement was a part time educational assistant at Hixson Elementary School.

Mrs. Vetter loved her family, her Huddleston and Gwaltney roots and returned to Carthage several times a year to visit family, friends and old classmates.

A highlight in her life was when the Smith County fair was begun anew, she would attend with family and friends from as far away as Knoxville at least once each year driving about 130 miles each way from her Hixson home. Her love for the fair came from being raised within a block of the fair when it was on Carmack Avenue in Carthage.

Surviving in addition to her husband, retired T.B.I. agent Bob Vetter, of almost sixty years, are their two children, Shauna Vetter Wilson of Hixson and Jamie Vetter and wife Angie of Soddy-Daisy; four grandchildren, Chad and Callie Wilson of Hixson, Haylie Vetter, Kaylin Vetter Daughtery and husband Matt and their daughter Jovie all of Soddy-Daisy; two brothers, Jimmie Huddleston and wife Lee of the Stonewall Community and Billie Huddleston of Sweetwater, TN.