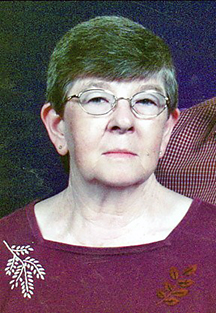 Elmwood Community homemaker Mrs. Emogene Grisham died at the age of 88 at 8:05 p.m. Tuesday evening August 18, 2018 at Alive Hospice in Murfreesboro where she was admitted June 27th from Tennova Healthcare in Lebanon suffering from complications from heart failure.

Bro. Jackie Dillehay officiated at the 1 p.m. Friday afternoon August 17th funeral services from the Carthage Chapel of Sanderson Funeral Home. Burial followed beside her husband in the Garden of Gethsemane at Smith County Memorial Gardens.

The oldest of five children, she was born Cora Emogene Roberts on September 18, 1929 in the Indian Creek Community of Putnam County and was the daughter of the late Livy Alonzo Roberts and Allie Mai Lambert Roberts.

A sister Reba Roberts King preceded her in death as did a brother, Billy Roberts.

On December 27, 1952 in Springfield, Tennessee she was married to Elmwood Community native Herbert Blant Grisham who died at the age of 83 on May 14, 2014 following over sixty one years of marriage.

Mrs. Grisham was a member of the Elmwood United Methodist Church.

The Grisham family request memorials to Alive Hospice of Murfreesboro.