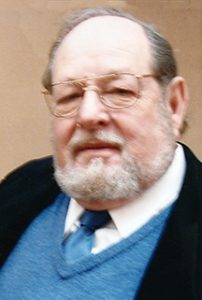 Dr. Bill (Doc) Paris, age 88, of Murfreesboro and a longtime resident of the Dickerson Hollow at Pleasant Shade, died at 3:45 a.m. Saturday morning May 18, 2019 at the Alive Hospice Residence in Murfreesboro where he was admitted April 26, 2019 suffering from congestive heart failure.

Dr. Paris was at the Carthage Chapel of Sanderson Funeral Home where memorial services will be conducted Friday May 31st at 3 p.m. Dr. Paris had pre-arranged to be cremated. Following cremation at Cumberland Family Services in Algood, inurnment will be at the National Cemetery on Gallatin Road in Nashville.

Born William Paris in New York City on May 1, 1931, he was the youngest of three children of the late Harry and Ester Warsaw Paris.

He was preceded in death by his only sister, Ronnie Paris and his only brother, Irving Paris.

In 1949 he graduated from the Fairfax High School in Los Angeles, California.

Dr. Paris was a veteran of both the Korean and Vietnam wars and proudly served our country with the United States Army from which he retired and was honorably discharged at Fort Meade, Maryland in October of 1978 with the rank of Lieutenant Colonel.

After his military career he taught at the University of Maryland, and from 1983 until 1991 he taught Organizational Behavior at both Cumberland University in Lebanon and at Middle Tennessee State University in Murfreesboro.

Dr. Paris was a Master Mason and a member of the Solar Masonic Lodge #914 in Huntsville, Alabama.

He loved the out of doors, yachting and being on the water. He held membership in the Grand Lakes Yacht Club in Gilbertsville, Kentucky, the Boat U.S.A. in Alexandria, Virginia and was a life member of the National Rifle Association.

He spent a lot of his time at the Defeated Creek Marina and the Creekside Café at the marina.

On June 28, 2008 Dr. Paris was united in marriage in Chicago, Illinois to Chicago native, the former Nancy Louise Hauldren.

Surviving in addition to his wife of almost eleven years are three sons, Michael Paris of