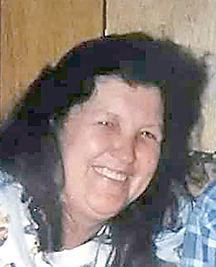 Mrs. Betty Scurlock of Carthage and formerly of the Defeated Creek Community died at 9 a.m. Sunday morning May 26, 2019 at the Concordia Health and Rehabilitation Center in Carthage where she had made her home since October 19, 2015. Mrs. Scurlock was 78.

The fourth of twelve children born to the late Walter Robert Baker Sr. and Louise Tarr Baker, she was born Betty Jo Baker in the Rigsley Community of Obion County, Tennessee on February 14, 1941.

She was preceded in death by four children, Johnny Ray Hancock, Helen Hancock and a set of twins who died as infants.

Also preceding her in death was a granddaughter, Ashley Renee’ Hancock.

She was later united in marriage to South Carthage native Troy Samuel Scurlock who preceded her in death on March 28, 2018 at the age of 77.

Mrs. Scurlock was a longtime employee of the Texas Boot Co.

Mrs. Scurlock was of the Baptist faith.