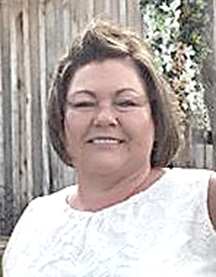 Mrs. Barbara Hensley, age 61, a homemaker of South Carthage, was found deceased by her husband at the kitchen table at their Cumberland Cove Drive home about 2:30 a.m. Sunday morning. She was pronounced dead on arrival at the Riverview Regional Medical Center E. R. in Carthage at 6:15 a.m. Sunday morning June 2, 2019 following an apparent fatal heart attack.

The oldest of seven children born to Dorothy Bell Baker Manier Leach who now resides in McMinnville and the late Wade Douglas Manier who died at the age of 66 on July 5, 1984, she was born Barbara Ann Manier in Gainesboro on September 27, 19567 and was reared in the Granville Community.

Mrs. Hensley was a member of the 1976 class of Smith County High School.

Mrs. Hensley was a member of the Carthage First Freewill Baptist Church.