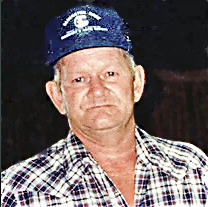 Mr. Bush married Melba White on June 1, 1957. He worked for Bonnell Aluminum for 29 years until his retirement. Mr. Bush spent his entire life living in Maggart and was proud of being a part of the community. He spent many days farming, hunting, and spending time outside. He loved his animals and his family. He attended the Maggart United Methodist Church.

Funeral Services for Mr. Bush are scheduled to be conducted from the Carthage Chapel of Bass Funeral Homes on Saturday, June 8, 2019 at 1PM with Bro. Jeff Burton and Bro. Steve Waller officiating. Interment will follow in the Dickens Cemetery in the Maggart Community.

Visitation with the Family will be at the Carthage Chapel of Bass Funeral Homes on Friday from 1PM until 8PM and on Saturday after 10AM until service time at 1PM.

The family requests memorials be made to the Dickens Cemetery.