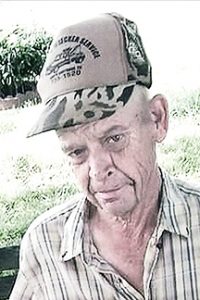 Mr. Tommy Guffey, age 57, of the Rock City Community, died at 7:04 a.m. Sunday morning June 9, 2019 at the TriStar Centennial Medical Center in Nashville where he was admitted June 8th. He was admitted Saturday June 8th after suffering a brain aneurysm around 1 a.m. at his Kennys Bend Lane farm home.

Mr. Guffey was at the Carthage Chapel of Sanderson Funeral Home where his funeral services were conducted at 3 p.m. Wednesday afternoon June 12th with Eld. Dewey Dyer officiating. Burial followed in the Guffey family lot in Circle Park at Smith County Memorial Gardens.

One of three sons, he was born Tommy Wright Guffey at the Hartsville General Hospital on February 19, 1962 and was the son of Mrs. Lassie Mae Gulley Guffey of the Kennys Bend Community and the late Hugh Wright Guffey who died July 10, 2017 at the age of 70.

A brother, John Allen “Johnny” Guffey preceded him in death at the age of 50 on January 3, 2015 after suffering a fatal heart attack.

Mr. Guffey loved life on the family farm in the Kennys Bend Community.

He was saved at the age of 33 and was baptized into the full fellowship of the Jared Missionary Baptist Church in the Ditty Hollow at Chestnut Mound by then pastor, Eld. Steven Swords.

Surviving in addition to his mother is a brother, William Guffey of the Kennys Bend Community.