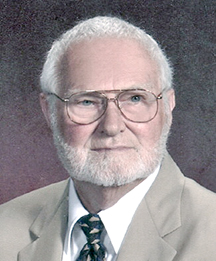 Mr. & Mrs. Grisham were preceded in death by an infant daughter, Peggy Raylene Grisham, who died at the age of one day on August 17, 1960.

He proudly served our country with the United States Navy from August 2, 1956 until being honorably discharged with the rank of SA on September 29, 1959.

Mr. Grisham was a member of the First Church of the Nazarene in Lebanon.

He was a retiree of the Lebanon Special School District where he was maintenance supervisor, a career that spanned over twenty six years.

Before beginning employment with the Lebanon Special School District, he also was employed for a time with the former Moss Service and Supply Co. in Carthage and later was also a route deliveryman for the Coca Cola Bottling Works of Lebanon, servicing businesses in Smith County.