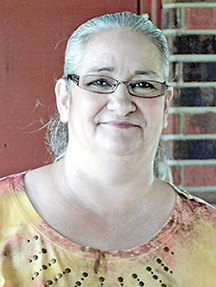 Mrs. Betty Thompson Johnson of the Elmwood Community died at 12:30 p.m. Thursday afternoon July 4, 2019 at her Cookeville Highway home surrounded by her family and neighbors from the community. She was diagnosed with encephalitis on May 31st of this year. She was under the loving care of Caris Healthcare hospice of Cookeville and was pronounced deceased at 1:12 p.m. Mrs. Johnson was 55.

Funeral services for Mrs. Johnson were conducted on Monday afternoon July 8th from the Carthage Chapel of Sanderson Funeral Home. Burial followed in the Dickens Cemetery in the Maggart Community. Family friend, Bro. Jimmy Gregory officiated at the 1 p.m. services.

Mrs. Johnson was also preceded in death by a brother, Donald Gene “Donnie” Thompson who died as the result of a single car automobile accident on Big Springs Road in Wilson County on March 10, 1989 at the age of 26.

She was employed at Bridgestone, Dickson Plant, for fifteen years.

Mrs. Johnson was a member of the Maggart United Methodist Church in the Maggart Community where she was baptized September 6, 1992 by Bro. John Arnold.