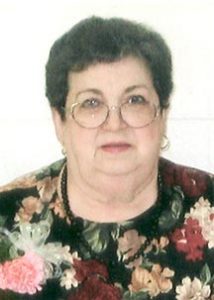 Mrs. Mai Dean Jones Donoho, age 78, a longtime homemaker of the Russell Hill Community, went to be with her Lord and Savior at 10:37 a.m. Wednesday morning August 7, 2019 at the Smith County Health and Rehabilitation Center in Carthage where she had made her home since October 12, 2012.

Her pastor, Eld. Scott Rigsby, officiated at the Saturday afternoon August 10th funeral services from the Carthage Chapel of Sanderson Funeral Home. Burial following the 11 a.m. services was in the Pleasant Shade Cemetery.

On May 18, 1957 she was united in marriage in Macon County to Steam Mill Hollow native Charles Dewene Donoho who preceded her in death on December 13, 2012 at the age of 75 following over fifty five years of marriage.

Mrs. Donoho was a longtime employee of the former Carthage Shirt Corporation.