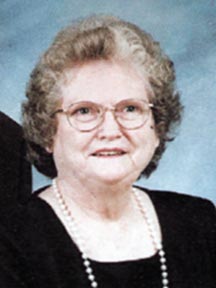 Life-long Pleasant Shade Community resident, Mrs. Betty Kennedy, died at 8:07 a.m. Tuesday morning August 13, 2019, one day after her 82nd birthday, at the Smith County Health and Rehabilitation Center in Carthage where she had been receiving therapy as the result of a fractured hip since June 10, 2019.

Mrs. Kennedy was a 1955 graduate of Smith County High School where it was said of her in the annual; “a gracious woman retaineth honor”. Mrs. Kennedy was active in the Dramatics Club and the Future Homemakers of America.

Mrs. Kennedy was employed as a seamstress at the former Carthage Shirt Corporation for thirteen years before her retirement.

She was saved as a young girl, was baptized and became a member of the Pleasant Shade Upper Cumberland Presbyterian Church.

The Kennedy family has requested memorials to the Pleasant Shade Cemetery Mowing Fund.