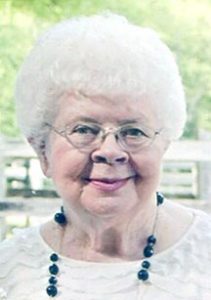 Born Bobbie Sue Halliburton in the Difficult Community on May 13, 1937, she was the daughter of the late Robert Glenn Halliburton and Ruth Mundy Halliburton who died May 27, 1937 at the age of 26 from complications from childbirth.

Her husband of over fifty nine years, Elmwood Community native Willie Ray Grisham, preceded her in death on June 12, 2019.

She was a faithful member of the First Church of the Nazarene of Lebanon where she had taught Sunday school for over fifty years.

For seven years she was employed at the former Carthage Shirt Corporation, Texas Boot Co. for thirty five years and was retired as a cook for the Lebanon Special School District.