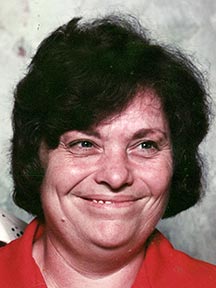 Mrs. Shelby Harper Christian, age 79, a homemaker of the Hogans Creek community, died at Sunday afternoon, August 11, 2019, at the Vanderbilt Wilson County Hospital in Lebanon at 1:05 p.m. where she was admitted August 8th.

Mrs. Christian was at the Carthage Chapel of Sanderson Funeral Home. Graveside services and interment were Tuesday afternoon, August 13th, in Section six of the Ridgewood Cemetery. Bro. Jimmy Gregory officiated at the 1 p.m. services and burial was beside her husband.

On April 15, 1961, she was united in marriage by Bro. Johnny Proffitt to Oliver Smith “Shorty” Christian, who would precede her in death on July 17, 2018 at the age of 88, following 57 years of marriage.  They were preceded in death by their oldest son, Scotty Oliver Christian, who died in 1965.

Mrs. Christian was saved at a young age at the South Carthage Missionary Baptist Church and attended non-denominational church.

She was employed for many years as a cook at the former Carthage General Hospital and later at the Smith County Senior Center, before her retirement.

Surviving are her son, Daniel Christian of Hogans Creek; two siblings, Bobby Harper and Thelma Hunt, both of South Carthage.