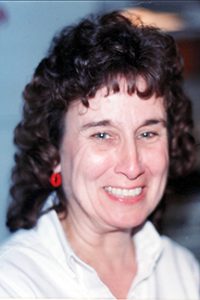 Macon County native Ms. Viola Moss Walrond, of the Pope’s Hill Community, died at 7:50 a.m. Thursday morning, August 29, 2019 at the Smith County Health and Rehabilitation Center under the care of Kindred Hospice. She was 85.

Services were conducted on Saturday, August 31 from the Carthage Chapel of Sanderson Funeral Home with Eld. Guthrie “Gus” Gregory officiating. Interment followed the 1:00 p.m. service in the Dixon Springs Cemetery.

Born Viola Moss in the Rocky Mound Community of Macon County on December 19, 1933, she was the daughter of Lucian Moss and Sarah Ann Gammons Moss. She was preceded in death by her sister, Olene Meador, and her brother, James Earl Carr.

Ms. Walrond attended Macon County High School. She was employed by Kingsboro Mills which was later sold to S.B.F., or Scruggs, Bilyeu, & Fisher, and remained there until it was closed in 2004.