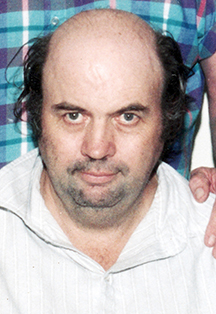 A longtime Jonesborough Community resident of Sullivans Bend, Carroll (Jonah) Key, died at the age of 73 at 6 a.m. Sunday morning October 6, 2019 at the Smith County Health and Rehabilitation Center in Carthage where he had made his home since August 9, 2017. Mr. Key suffered from acute kidney failure.

Funeral services were conducted from the Carthage Chapel of Sanderson Funeral Home on Tuesday morning October 8th at 11 a.m. with his pastor Bro. Wallace Caldwell officiating. Burial followed in the Key family plot at the Mt. Zion Cemetery in the Sullivans Bernd Community.

Born Charles Carroll Key on May 29, 1946 in the Jonesborough Hollow in Sullivans Bend, he was one of five children of the late Willie Key who died in Indiana in 1991 and Mary Lizzie Grisham Key who died at the age of 85 on January 1, 2000.

Mr. Key was retired from the Smith County maintenance crew of the Tennessee Department of Transportation in the New Middleton Community.

He was a member of the Mt. Zion United Methodist Church in the Sullivans Bend Community.

His only immediate survivors are his niece and caregiver, Melissa Key of South Carthage and nephews, Adam and Curtis Gregory both of Carthage.