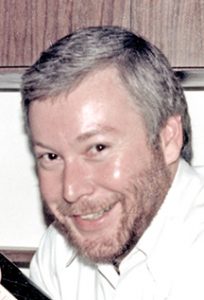 Services were conducted Saturday morning October 5th at 11:00 a.m. from the Carthage Chapel of Sanderson Funeral Home with Edward L. Anderson officiating. Interment followed in the Hire family lot at the Hayesville Cemetery in Macon County.

He was also preceded in death by his step-mother, Myrian Beatrice Dillehay Wilmore Hire who died at the age of 84 on August 26, 2008.

He attended Tennessee Technological University in Cookeville before transferring to Memphis State University where he received a Bachelor of Science in Education and later a Master of Science.

Mr. Hire began his career as a travel agent before becoming a Parole Officer for the Tennessee Department of Corrections where he was employed until his retirement.

He also held a commercial pilots license and had a love for flying his own plane.

After retirement, Mr. Hire had moved from Memphis back to Hartsville where he purchased a historic home on Highway 141 North from the Lewis Beasley family and had spent many hours in restoring it to its original architectural grandeur.

As a young man, he had attended the Carthage Church of Christ.

The Hire family has requested memorials to the St. Jude Children’s Hospital.