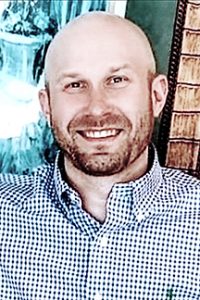 Mr. Randy True of the Pleasant Shade Community was discovered unconscious at his Sloan Branch Road home on Friday afternoon by his wife.

Mr. True was pronounced deceased at the Riverview Regional Medical Center E. R. in Carthage at 5 p.m. at the age of 33.

Services were conducted from the Carthage Chapel of Sanderson Funeral Home at 11:00 a.m. on Wednesday, October 9 with his Pastor, Bro. David Royalty, and Eld. Michael Horton officiating. A graveside service and interment followed at 3:00 p.m. Wednesday afternoon in the Forest Grove Cemetery in Joelton.

Mr. True was a 2004 graduate of Sycamore High School in Ashland City where he excelled as an athlete and was a member of multiple County Champion, District Champion, and State Playoff basketball teams.

In Smyrna on July 18, 2015, he was united in marriage by Eld. Michael Horton to Pleasant Shade Community native Amanda Elizabeth Ragland, who survives.

He was employed as a forklift operator and was a member of First Baptist Church Joelton where he was baptized on January 28, 1996.