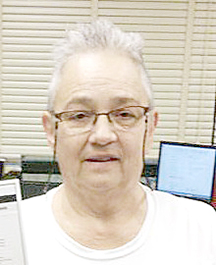 Ms. Andi Brickman of Sevierville, and formally of Damascus, Maryland, died at the University of Tennessee Medical Center in Knoxville at the age of 71 at 4:35 a.m. Wednesday morning August 7, 2019.

Ms. Brickman was admitted to the U. T. Medical Center on August 2nd from her Maples Branch Road home where she was battling cancer.

Ms. Brickman was at the Carthage Chapel of Sanderson Funeral Home and was cremated at Cumberland Family Services in Algood.

She was one of five children and was born Andria Geraldine Gore in Nashville on February 22, 1948 and was the daughter of Mrs. Mary Lynn McLean Knox of Carthage, well known as a longtime volunteer at the Riverview Regional Medical Center in Carthage.

Mrs. Brickman was preceded in death by a brother, Paul Bailey.

She was a 1966 graduate of the Richard Montgomery High School in Rockville, Maryland and was a member of the Wesley Grove United Methodist Church in Gaithersburg, Maryland.

Before retirement, Ms. Brickman was employed with Giant Foods for over forty three years and after retirement there she was employed for ten years by Montgomery County Public Schools.