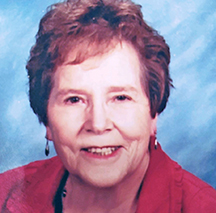 Graveside services were conducted at 12:30 E.S.T. Monday afternoon October 21st with Eld. Steve Lipsey of the Hardin Valley Church of Christ officiating. Burial followed beside her husband in the Oak Ridge Memorial Park.

Mrs. Lawson was also preceded in death by a daughter, Vickie Lynn Lawson Eastes who died October 21, 2016 at the age of 64.

The Lawson’s owned and operated the Lawson’s Department Store on the square in Carthage for many years occupying two buildings where Bass & Bass and Kim’s Frame Shop are now located.

After relocating to Knoxville she was employed Kids Port in the Outlet Mall in West Knoxville and at Added Dimension in the Gallery Shopping Center.

This notice provided as a courtesy to the Lawson family.