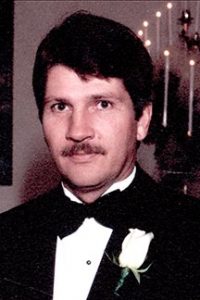 Mr. Joe Gregory, of the Tanglewood Community, died peacefully at the Summit Medical Center in Hermitage at the age of 62 with his family at his bedside at 10:25 p.m. Wednesday evening October 23, 2019. He was admitted to Summit on October 9th.

He was married to his former wife and the mother of their son Patti Carol Smith on July 2, 1988.

The mother of his daughter was Bobbi Jo Oakley Gregory Ezell who died September 9, 2001 at the age of 46.

Mr. Gregory was a 1975 graduate of Smith County High School where he played on the Owls football squad which won eight of their ten regular season games, defeated Waverly 20-19 in the 1974 Civic Bowl in Waverly and were the 1974 Highland Conference Champions. He was on the Owls golf team and majored in mathematics and minored in science and social studies.

He also played basketball his sophomore and junior year and was a member of the “C” Club all four years.

Mr. Gregory was an avid University of Tennessee football fan, no matter whether they won or lost, he never wavered his support.

He was a longtime employee of the Tennessee Valley Authority where he was in quality control and did work at the Hartsville Nuclear Plant and at facilities in Georgia, Alabama and Missouri.

He was later employed at Federal Mogul until the plant closing.

Before becoming ill he was a driver for Crockett-Phillips in Gordonsville.

Mr. Gregory was of the Baptist faith.