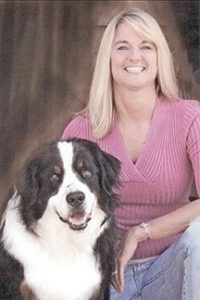 Mrs. LeAnn Comstock-Cranston of Fox Island, Washington and a Smith County native was pronounced deceased at her Queets Place home on Fox Island near Seattle Washington on Sunday evening November 13, 2019 at 6:47 p.m. She died as the result of a homicide at the hands of her estranged husband who then took his own life. She was 48.

Funeral services from the Carthage Chapel of Sanderson Funeral Home were conducted Sunday afternoon at 1 p.m. with her pastor Eld. Anthony Dixon officiating. Her former band director Mr. Steve Dowell delivered the eulogy. Burial followed in the Comstock family lot in the Garden of the Cross at Smith County Memorial Gardens.

She was the sixth of seven children born to Spangler, Pennsylvania native Elizabeth Ann Goss Comstock and the late Bobby Lee Comstock who died as the result of a tractor accident on September 18, 1994 at the of 53 and she was born LeAnn Michele Comstock at the former Carthage General Hospital in South Carthage on November 14, 1971.

On January 15, 2006 she was united in marriage in Lake Tahoe, Nevada to Oregon native William Christopher “Bill” Cranston.

She was a 1990 graduate of Smith County High School, received an Associates from Volunteer State Community College in Gallatin in 1993 and was awarded a Bachelor of Science Degree in radiology from the University of Nebraska in Omaha.

Mrs. Comstock-Cranston was a Clinical Education Specialist which required her to travel extensively teaching diagnostic and medical imaging solutions and she had been employed out of the home office of the Hologic Inc. of Marlborough, Massachusetts for over twelve years.

She was saved at a July revival meeting at Mt. Tabor under the preaching of the late Eld. Charles Allen Gentry and was baptized into the full fellowship of the Mt. Tabor Missionary Baptist Church and later transferred her membership by letter to the North Carthage Baptist Church where she remained a member until her death.

The family has requested memorials be made to either the Smith County High School Band or the Jordan Hackett Foundation.