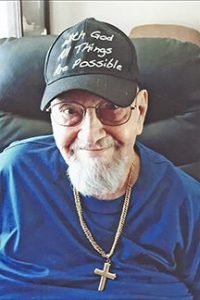 Mr. Jim Bingham of Gordonsville died at the Lebanon Health and Rehabilitation Center at 11:50 p.m. Wednesday night December 11, 2019 and was 80 years of age.

Mr. Bingham was at the Carthage Chapel of Sanderson Funeral Home and there was a gathering of family and friends at the family home at 168 Maple Street in Gordonsville on Sunday afternoon at 3 p.m.December 15th for a Celebration of Mr. Bingham’s very colorful life.

At his request he was to be cremated and that was performed at Cumberland Family Services in Algood.

He was the second of seven children and was the son of the late Irving Bingham and the late Agnes Jean Little Bingham O’Shaughnessy and was born James Dallen Bingham in Cincinnati, in Hamilton County, Ohio on January 4, 1939.

He was united in marriage in Cincinnati, Ohio to Cincinnati native, the former Elizabeth Sue “Betty Sue” Herbstreet on June 30, 1961.

They were preceded in death by a son, Robert Hoffman.

Mr. Bingham was a retired over the road truck driver.

He was saved and baptized into the United Methodist Church.