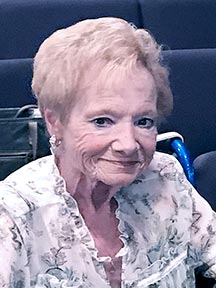 Mrs. Karen Warner of Paradise Hills in the Flatrock Community died at 8:32 a.m. Tuesday morning December 31, 2019 at the Vanderbilt University Medical Center in Nashville where she was admitted December 28th being treated for a blood clot in her left leg. Mrs. Warner was 70.

Graveside services will be on Monday morning January 13th at 10 a.m. at the Bethlehem Cemetery at Tuckers Cross Roads. Following eulogies by family members she will be buried beside her husband.

Mrs. Warner was united in marriage to Gary, Indiana native Ronald Ross Warner at the Leroy United Methodist Church in Leroy, Indiana on May 27, 1972. He preceded her in death at the age of 68 on June 28, 2015 following over forty three years of marriage.

Mrs. Warner was of the Methodist faith.