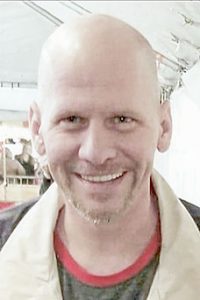 Memorial services were conducted Saturday evening February 1st at 5 p.m. from the Rome Church of Christ. His longtime former minister, Stan Stevenson, and the present minister, Donnie Vick, officiated at the services.

Born in Fort Dodge, Iowa in Webster County, Iowa on June 8, 1978, he was the son and step-son of Mary Elizabeth Geopfert Maier Jones and Bill Jones of the Lock Seven Community and son of Bruce Herbert Maier of Fort Dodge.

On January 30, 2009 at the Smith County Courthouse he was united in marriage to Carthage native, the former Jannah Lee Pippin. The ceremony was performed by Julie Dixon.

He attended the Bayside High School in Virginia Beach, Virginia.

Mr. Maier was a sheet metal mechanic and roofer.

He was an avid sportsman and especially enjoyed deer hunting.

Mr. Maier was saved in baptism at the Rome Church of Christ and was baptized into Christ by Stan Stevenson.