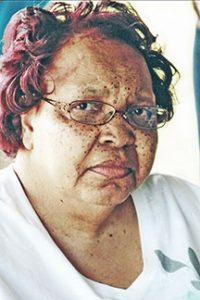 Lifelong Carthage resident, Mrs. Lettie Ann Smith, died at the age of 77 at 1:35 a.m. Tuesday morning February 4, 2020 at the Quality Center for Rehab & Healing in Lebanon following a lengthy period of declining health.

Her only brother, Ben Gilbert Allen died at the age of 16 on May 27, 1948 as the result of an accidental drowning in the Cumberland River at Carthage.

She was saved and baptized at an early age and was a member of the Mt. Olive Baptist Church where she remained a faithful, dedicated member and supported her church with her attendance as long as health permitted.

She had a great love for her church and was a member of the Carthage Community Choir, where she sang soprano. Her beloved and favorite song was “Lead Me Guide Me”.

She was a member of the 1960 graduating class of Turner High School in Carthage where, the county offices are now located.

Mrs. Smith was preceded in death by her husband of almost thirty eight years, Stonewall Community native George Haywood Smith, to whom she was united in marriage on December 2, 1968 and who preceded her in death on September 23, 2006 at the age of 61.

Mrs. Smith may well be remembered to the Smith County Community as a day care assistant, and also was employed by the Upper Cumberland Electric Membership Corporation, as well as in her early years at the Smith County High School.

In addition to her daughter, Mrs. Lettie Ann had three special gifts in her life, Samantha Key, Megan Carter and Alex Hackett, that she cared for as her own for many, many years. She loved and adored her girls and her girls loved her to the moon and back.

She always found a love in cooking and caring for her family. A person could never enter her home without her asking “Are you hungry, do you want something to eat?” And always the answer would be “Yes Ma’am.”

To the union of Mrs. Lettie and Mr. Haywood was born a precious daughter, Angela Fay Smith Brown who is the wife of Jerry Brown and they reside in Lebanon; sisters-in-law, Henrietta Smith Stott of the Rock City Community and Veleda Smith of the Stonewall Community; brother-in-law, Bob Smith and wife Marie; numerous relatives and friends.

Mrs. Lettie Ann Smith will be sadly missed by her family, community, and wide circle of friends.