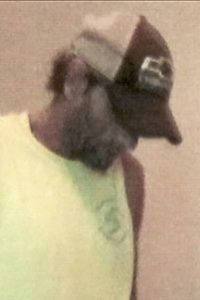 Mr. James (Baby) Roberts of Carthage died at 5:20 p.m. Monday afternoon February 10, 2020 at the Vanderbilt University Medical Center in Nashville where he was admitted January 31st suffering from the flu and pneumonia. Mr. Roberts was 52.

Memorial services are scheduled to be conducted on Friday afternoon February 21st at 3 p.m. from the Carthage First Baptist Church. Bro. Tim Frank and Bro. Gary Miller will officiate.

Mr. Roberts was cremated at Cumberland Family Services in Algood.

His family will receive friends at First Baptist on Friday from 2 p.m. until the services at 3 p.m.

Mr. Roberts was saved on October 19, 2019 and attended the Carthage First Baptist Church.

He formerly was employed by Oldham Roofing in Carthage and before becoming ill was a carpet layer for Mr. G’s Carpet and Flooring in South Carthage.