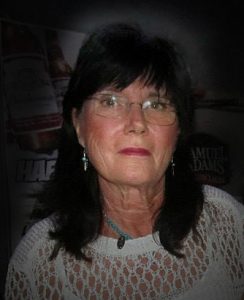 Mrs. Brenda Cassity Ray, of Murfreesboro, died at the home of her sister, Dianne, in Watertown on Monday morning, June 22, 2020, at 1 a.m., following a battle with cancer. She was pronounced deceased at 5:35 a.m. by Avalon Hospice of Lebanon.

A Celebration of her Life was conducted from the Woodfin Memorial Chapel in Murfreesboro on Saturday afternoon, June 27th, at 5 p.m. with her brother, Nick Cassity, delivering the eulogy.

Mrs. Ray was cremated on Thursday at the Woodfin Crematory in Murfreesboro.

Mrs. Ray was one of three daughters and three sons born to the late William Fredreck Cassity, who died on February 20, 1969 at the age of 40 in a train/trucking accident in Muncie, Indiana, and Suenell Wilmore Cassity, who died December 18, 1990 at the age of 59, and was born Brenda Sue Cassity at the former Martha Gaston Hospital in Lebanon on April 15, 1948 and spent her childhood in the Defeated Creek community where she attended elementary school.

They were preceded in death by a son, Joseph Wesley Ray, who died at birth.

In her early teens she was saved and was baptized into the full fellowship of the Defeated Creek Missionary Baptist Church in the Difficult community.

It was said of her in her 1966 annual, “There is no cosmetic for beauty like happiness”.

For the past fifteen years she had been a member of the Cannon County Walking Horse Association, located on Short Mountain in Cannon County.

Mrs. Ray had a deep love for sports and the outdoors and was willing to give any outdoor activity a try with enthusiasm.

Living her life to the fullest, she especially enjoyed horseback riding, kayaking and camping in her later years.

Never having met a stranger and possessing a giving heart, she cherished her family, her many friends and especially mentoring others.

Near the end of her life she was often asked how she and Jerry could have fifty three years of such a blissful marriage. Her answer; “Trust, unconditional love, and space… Trust, if you don’t have trust, then you don’t have anything. Love, if you love your partner enough that love runs deeper than any problem… Space, you both have to have your own space, as well as togetherness, and your love fills that space”.

A sister, Dianne Cassity McIntyre, lost her husband, Raymond David McIntyre, on November 28, 2018, at the age of 71.

This notice provided as a courtesy to the Cassity-Ray families.