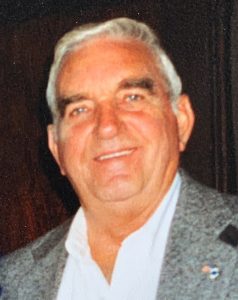 Retired livestock dealer and auctioneer Mr. Jimmy West died peacefully at the families Wilburn Hollow Road with his family at his bedside. He was pronounced deceased at 6:47 p.m. Monday evening, July 20, 2020, by Aseracare Hospice of Nashville who had been assisting the family with his care as he suffered from lung cancer. Mr. West was 81.

Mr. West made his home while in school with his grandparents, Marshall and Gertrude Beasley  in the Turkey Creek community.

Mr. West was 1958 graduate of Smith County High School where he was an outstanding football star, playing center for the Owls, and was center for the championship game in 1957 when they won the Tobacco Bowl against highly rated Madison 27 to 21. His senior year he was co-captain with Billy Robert West and where he played football all four years, was a member of the “C” club, his senior year was voted the most valuable player and was a member of the All-Mid State team.

His senior year he was a member of the student council, was voted bachelor of ugliness, along with his wife who was voted Miss S.C.H.S.

On July 18, 1957 in Dalton, Georgia, between their junior and senior years, he was united in marriage to Riddleton community native Carol Faye Richardson.

Mr. West was active in livestock markets and was part owner of the Coffee County Livestock Market in 1960 which he purchased from his uncle H. L. (Larrimore) Beasley, which he operated until 1995 and was partners with Bobby Woodard, who later sold his part to his son-in-law, Dewayne Wilmore,  and Mr. West later purchased Alexandria Livestock Sales.

He was a much sought after livestock auctioneer and did weekly sales in Columbia, Manchester, Alexandria and Crossville, in addition to Manchester.

Mr. West was baptized at the Carthage Church of Christ.

He was a member of the Difficult Masonic Lodge # 451 F & AM where he received his Entered Apprentice Degree on November 21, 1963, was passed to the Fellowcraft Degree and was raise to the Sublime Degree of Master Mason on January 30, 1964. He served as Master of the Difficult Lodge three different times.

The West family requests memorials to the Shriners Children’s Hospital.