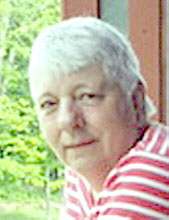 Mrs. Betty Long, of the Phifer Mountain Community in Cookeville, died at 2:30 p.m. Wednesday afternoon August 5, 2020 at the Cookeville Regional Medical Center where she had been a patient since July 26th being treated for pneumonia. Mrs. Long was 74.

Mrs. Long was at the Carthage Chapel of Sanderson Funeral Home and will be cremated at Cumberland Family Services in Algood. A private memorial graveside service will be conducted for the family and close friends and interment will follow beside her sister and father at the Arlington of Tennessee Cemetery in the Cherry Valley Community of Putnam County.

Mrs. Long was born Betty Jane Hatfield in Grand Rapids in Kent County, Michigan on March 14, 1946 and was the only child of the late Riley Allan Hatfield ad Alta Culp Hatfield Stafford.

She was also preceded in death by a daughter, Jackie Long Putty.

Mrs. Long was preceded in death by the father of her children, Jerry Don Long.

Mrs. Long was a longtime cashier at the Pilot Station in Cookeville before retiring in 2008.